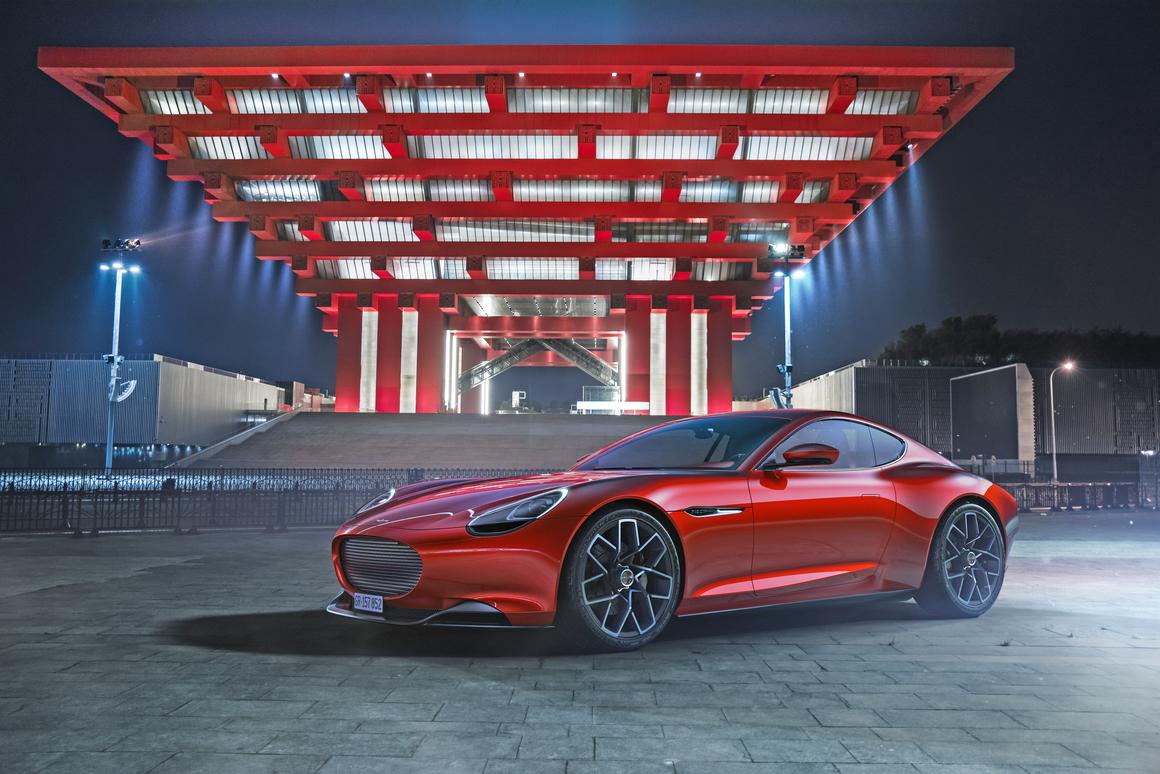 The Piëch Mark Zero looks gorgeous in red, but the real story is its next-gen, ultra fast charging battery technology

People will stop complaining about EV range the minute fast charging is a reality, and new startup Piëch reckons it's got the goods to deliver an 80 percent charge on a 311-mile (500 km) range battery in four minutes, 40 seconds, which is vastly quicker than anything else on the market. Why not just launch the battery, then?

While the Piëch Mark Zero, due for prototype testing next year, looks like a terrific electric sports car, the car itself pales into insignificance behind the claims these guys are making about their ultra-fast charging setup, which, as astute commenters on our original piece pointed out, would require some pretty fearsome megawatt-pushing technology at the charge station as well as some uniquely amazing battery properties. 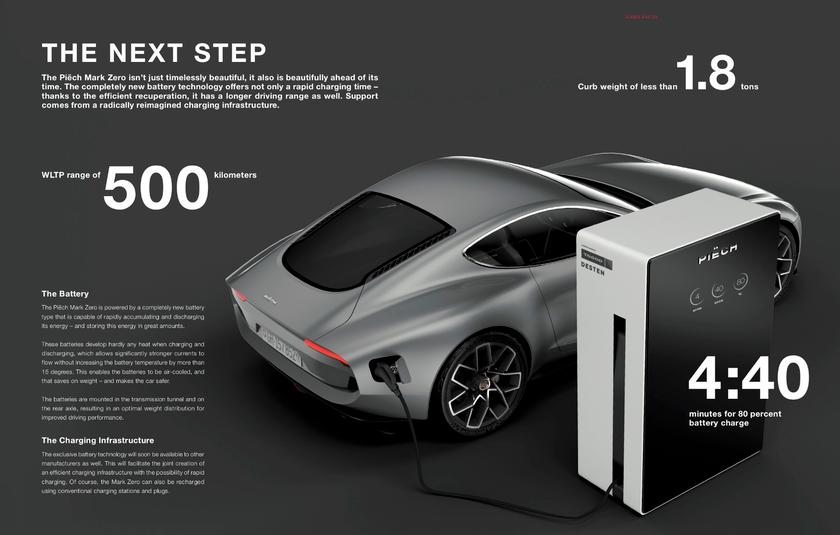 Today, a little more information trickled out about the batteries, from Chinese/German concern Desten, and the chargers, from another Chinese/German company called TGOOD – as well as Piëch announcing two new variants of its sporty EV platform.

From Desten's COO Andrew Whitworth came this slightly cryptic screed: "Due to the ongoing patent process, we cannot comment more detailed information about our lithium ion cells at the moment. This much I can reveal: we were able to construct the inner workings of the cell in such a way that significantly stronger currents can flow, hardly any heat develops during charging and discharging, and the entire recuperation can be made much more efficient."

He goes on to flash some testing credentials: "The whole thing works: TÜV Süd, along with renowned system supplier Hofer Powertrain, which works for well-known car manufacturers, and the University of Esslingen have tested and certified our cells. We are concentrating on the series production of our cells and batteries." And to add some credibility, he attaches some poorly done scans of the test results: 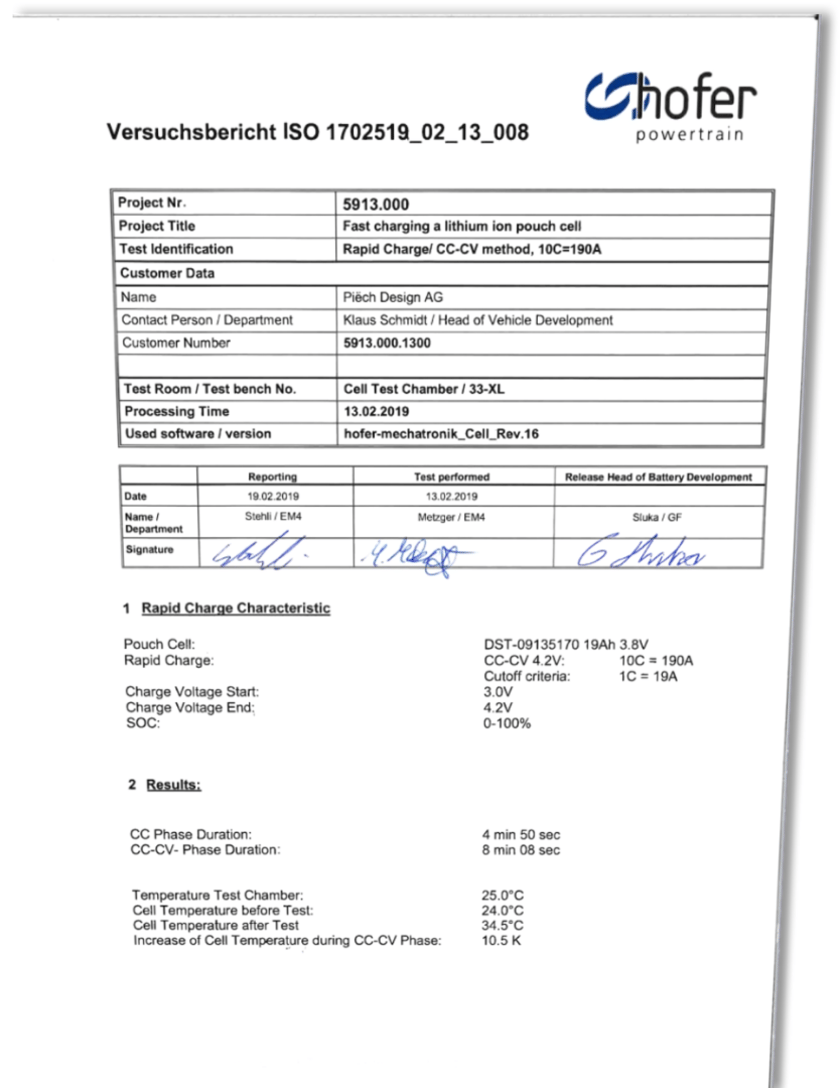 Piëch, for its part, says that the batteries deal with heat so well under both input and output power loads that they need no cooling system. The entire Mark Zero powertrain will be air-cooled despite its 300-kilowatt (402-hp) twin-motor AWD setup and 3.3-second 0-100 km/h (0-62 mph) acceleration time. That saves about 200 kg (441 lb) of weight, assisting both performance and range, and that'll be another benefit other car companies will appreciate if and when they get access to the battery tech.

Piëch's head of engineering Klaus Schmidt has apparently been to China to test drive a trial vehicle equipped with the Desten batteries, and is suitably pleased, saying: "I'm already looking forward to when we launch the Piëch Mark Zero onto the market with this innovative technology in three years' time. Besides the short charging time, the innovative thermal management of the batteries also gives them the highest level of stability, and fast laps on the Nürburgring Nordschleife should not be a problem with the first roadworthy prototype of our Piëch Mark Zero in the spring of next year." 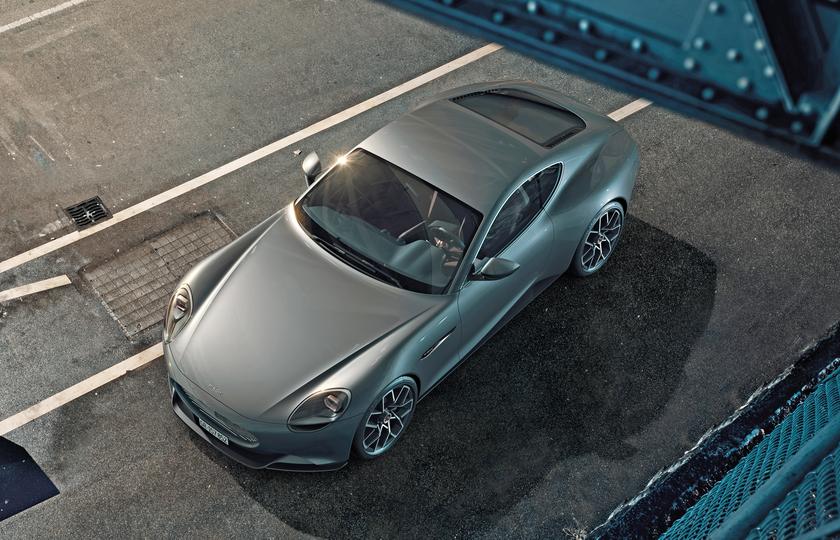 TGOOD's ultra-fast chargers – soon to be available at home

Jolly good then. As to TGOOD and its ultra-fast chargers, Piëch is now saying that these monstrous charging speeds will be available from a home garage wall box that TGOOD will make.

"The wall box charging station not only ensures that the new Piëch Mark Zero is charged to 80 percent of its battery capacity in 4:40 minutes," reads the press release, "it can also be used as a modular storage unit."

Storage unit? For energy? Is this thing going to be a Tesla Powerwall on steroids, some kind of megawatt-pumping supercapacitor capable of flash-charging somewhere around 100 kilowatt-hours' worth of energy in a matter of minutes? It'd make sense for these things to sip energy slowly from the grid, save it up and blast it in only when required – that'd make them much easier to install without needing a gigantic pipe that could handle instantaneous megawatt draws from the grid.

Piëch seems to think so, saying they're "suitable for both automotive and industrial solutions. In larger applications, they can thus serve to protect the power grid – eg. for rapid load balancing or emergency power supply. In general, applications that rely on the rapid delivery of great amounts of power will also benefit commercially as, in most cases, storage size and hence cost can be reduced." Color us intrigued once more. 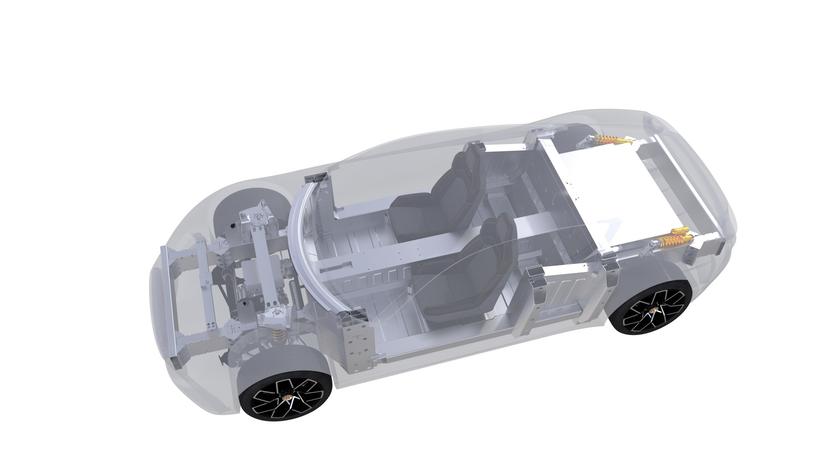 While the battery and charging tech could be significant to the entire EV industry, Piëch's cars will likely price themselves into exclusivity – hence why we address them last, and go light on detail. The Mark Zero concept is best explained as a preview of the Piëch GT-2 two-seater sports car.

The same platform will be extended into a four-seater GT-4 sports coupe, and Piëch will build upwards as well, for a GT-X SUV. The GT-2 is expected to be on sale in about three years, followed by the GT-X SUV and the GT-4 at a later stage. 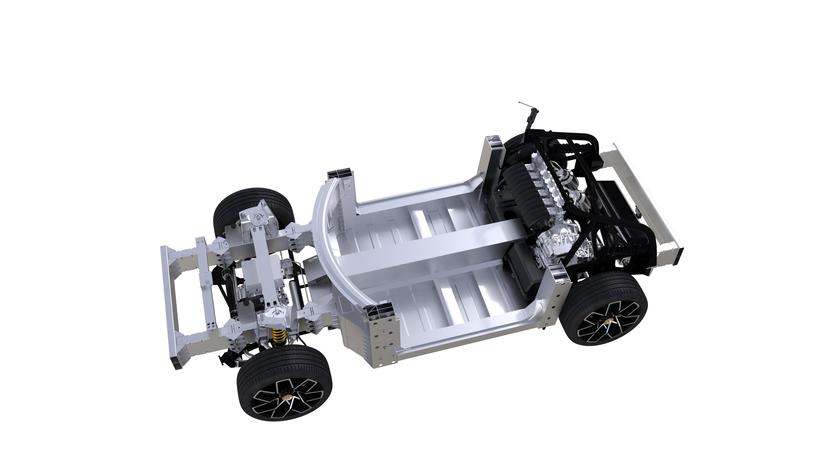 The company is also looking at hybrid and fuel cell powertrain options, although with a battery setup like it says it'll be premiering, you have to wonder why it'd bother. Indeed, you have to wonder about Desten's choices as well – why the company is choosing to debut such a (potentially) radically transformative battery technology in a small, short-run startup's first car. Will the expense be prohibitive? Is volume production going to be a problem? Or is Desten just most comfortable starting out at very low volumes?